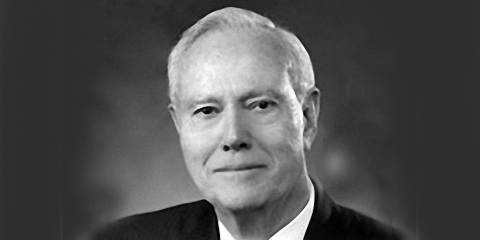 Wallace '50 and Elizabeth Steuart Moore put their investment in land to work for them by funding two charitable gift annuities. Their generous gift provided them with fixed payments for their life, a charitable tax deduction, and a permanent legacy at NC State.

More than five decades ago, Wallace followed the advice of American social commentator and humorist Will Rogers, and invested in land that he successfully managed as timberlands and citrus groves. He and his wife decided to leverage that investment by selling some of the land holdings that had significantly increased in value and by funding two charitable gift annuities with NC State. The couple was able to secure fixed quarterly payments for their lifetimes, receive a considerable income tax deduction, and they will ultimately fund two endowments.

The Wallace Moore Jr. Endowment for Forestry Extension in the Department of Forestry and Environmental Resources in the College of Natural Resources will promote the continuation of good forest management in the state of North Carolina. The Wallace Moore Jr. Graduate Fellowship Endowment in Horticulture Science in the College of Agriculture and Life Sciences will help to attract and retain the best and brightest graduate students. Wallace chose to give back to his alma mater in gratitude for the superior education he received. "I love NC State and I wanted to help my school financially. I chose the charitable gift annuity because I wanted to share my wealth and to get a tax deduction," he said.

Wallace is an avid sportsman, hunter and conservationist who was born in Southport, North Carolina. He earned a bachelor of science in horticulture from NC State College of Agriculture and Life Sciences and served as a first lieutenant in the Army Corps of Engineers during the Korean Conflict. Even though he has been out of the classroom for many years, Wallace still applies the lessons he learned from the dedicated faculty in the late forties to his daily life.

"Our professors taught us the value of hard work and the importance of integrity" he said. His hard work and leadership ability allowed him to excel as president of two local insurance companies, two automobile dealerships, and an auto parts distributorship. Additionally, his innate knowledge of the land enabled him to recognize an opportunity to invest in citrus groves and timberlands, which turned out to be one of the more lucrative investments for this successful entrepreneur. Wallace and Elizabeth feel honored to be able to share their good fortune and they know that their contribution to NC State University will make a meaningful difference in the lives of those who are fortunate enough to call North Carolina home.