A Commitment to Learning Continues 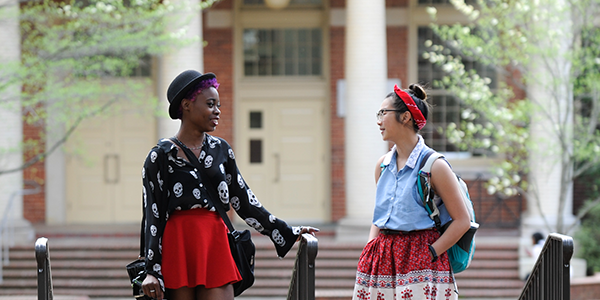 
John and Nell Leazar instilled strong values in their children, though one in particular stood out. "The one thing in our family that's always been a huge priority has been education," said their daughter, Nell McMurtry.

If the name Leazar sounds familiar, then the family's love of learning probably comes as no surprise. McMurtry's father John was the grandson of Augustus Leazar, a member of the North Carolina legislature who wrote a bill to create an industrial college in Raleigh. While it would take several more years for the bill that established NC State to pass, Augustus Leazar was instrumental in the school's founding and continued to take an active role in developing North Carolina's university system. North Campus' Leazar Hall honors these contributions.

Decades later, John Leazar attended NC State, graduating with a degree in horticulture in 1950, while Nell Leazar-then Nell Rankin-grew up just a few blocks from campus. Her father, Professor W.H. Rankin, earned both his undergraduate and graduate degrees at NC State and spent the entirety of his career as assistant professor of soils research at the university. Prof. Rankin also established an endowment to support soil science education opportunities. "That was a big part of her life, being the daughter of a faculty member," McMurtry said of her mother's childhood. "That was the world in which she grew up. They always had students living with them."

Before Nell and John passed away, they considered what was important to them and how they might create a positive impact through philanthropy. Their deep connections to NC State made the decision to establish a bequest benefiting professorships in horticultural science at the College of Agriculture and Life Sciences a natural one. The Leazars saw an opportunity to make a meaningful difference in a department that had played a significant role in both of their lives, while also honoring both of their families.

With a planned gift that will provide generous, critical faculty support - and in turn enhance the university's academic, research and outreach missions - for years to come, John and Nell Leazar's passion for education has now become a legacy.