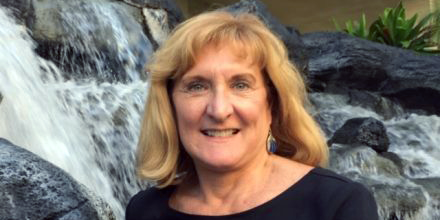 Carol Rahmani (Psychology, '71, '75 M.S., '81 Ph.D.) and her husband lived and breathed NC State for decades and always planned on giving something back to the university as a couple. After Abdul Rahmani ('66, '68 M.S.) passed away, she was determined to see their plans through.

"We didn't get it taken care of before he became sick, and I'll always regret that," she says. "But I wanted to make sure it got done before something happened to me."

Rahmani established endowments from her estate that match both her interests and those of her husband:

Rahmani worked with NC State's Office of Gift Planning to establish the endowments, which are clearly tailored to the couple's interests. "I hope we can help several students a year with the scholarships," she says. "The student-athlete scholarship grew out of our love for Wolfpack football. We met at a football game at Carter-Finley Stadium."

She began taking — and sometimes teaching — continuing education classes through the OLLI program after retiring from the Wake County Public School System, where she was a school psychologist and administrator for almost 30 years. "It's a phenomenal resource for the community," she says. "They do so much on a tight budget, and I wanted to help them out."

Rahmani urges people who are planning to give to NC State — either in the near future or through their estates — not to procrastinate. "Take the necessary steps before something happens to change your lives," she advises. "These things don't happen on their own."

"We are so grateful to Carol and others whose bequests will support students for many generations to come," says Marcy Engler, director of development for NC State's College of Humanities and Social Sciences.